As few as two votes could swing the result of municipal elections, researchers show

An error involving the miscounting of as few as two votes could affect the result in municipal elections, with the majority being attributed to the wrong party, according to a paper by two researchers at the University of Louvain-la-Neuve.

The extreme case, where a swing of only two votes would have given the victory to another party, took place in the commune of Beloeil in Hainaut in the election in October last year – the research only looked at results in Walloon communes. The researchers – electrical engineer Edouard Cuvelier and cryptographer Olivier Pereira – list seven communes where a difference of ten votes or fewer would have affected the result.

When it comes to percentages, the numbers are even more spectacular. A margin of error of only 1% or less would have made a substantial difference in 64 communes, in 43 of which the error required would be less that 0.5%.

At the same time, votes mistakenly attributed in 181 communes – more than half of all communes in the region – would have seen municipal seats attributed differently.

The paper, published on the researchers’ blog decryptage.be explains how a vote count can go wrong. Ballots can be lost and not counted; they can be misattributed to one party instead of the correct party; or it can be declared null when it is valid, or vice versa. There is no suggestion of vote tampering; the paper stresses in its section heading: “to err is human”.

In the case of Beloeil, where only two votes separated majority from opposition, no errors were found. In Wavre, on the other hand, a power cut wiped two USB sticks which were storing votes, and a paper recount had to be started. That went on so late that civilian tellers were allowed to go home, leaving only commune staff and party observers. And fatigue and the lack of tellers led to confusion. One witness stated, “when they stopped the work of the tellers, some ballots were moved. Some were simply piled up on a trestle table. Some could have been slipped into the wrong pile by mistake.”

The first recount gave at 03.30 a result, with the winning party in the lead by only six votes from a total of 21,711 votes cast. Another recount took place days later, but only involved 3,995 of all votes, and a new miscount of three votes was found, which nevertheless did not affect the result. But that was only from a sample of less than 20% of the votes cast; the paper questions what the error might have been had all votes been recounted.

The paper concludes – as might be inferred from the specialisms of the authors – that the problem lies in the counting of paper ballots by human beings. In order to avoid a mistaken result, a margin of error of less than 0.01% would be required.

“How to get there?” the researchers ask. “With a purely paper count, that would seem to be essentially impossible to obtain without the deployment of major human and financial resources, involving an increase in training, inspections and procedures.” 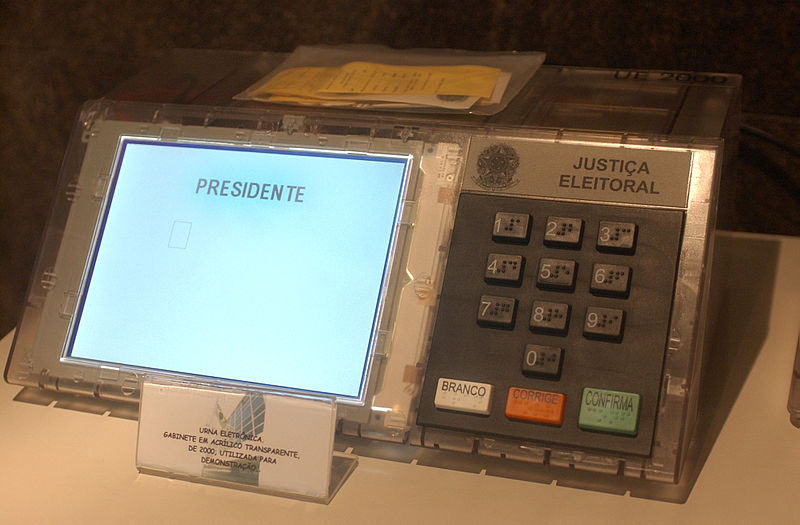 The answer lies, controversially perhaps, in electronic voting, they conclude. “If there is one thing a machine can do better than a human, it’s counting.” (The word computer means precisely a counting machine.) “The use of computers to cast a vote would do away with […] errors arising from the misinterpretation of ballots.”

To objections regarding computer bugs and external interference, they offer a mixed solution: electronic vote-counting backed up by paper ballots used to verify a count in case of dispute.

“If we wish to reduce the margin of error to below an acceptable level, it seems we only have two possible options: a paper vote with very many more financial and human resources, or vote counting assisted by more reliable electronic tools. Based on that, we might expect the difference in cost between a paper ballot and an electronic vote to be reduced or even reversed, and that cost would no longer be an argument in favour of paper ballots only.”

Non-urgent care once again postponed in some hospitals
As the worsening coronavirus situation in Belgium is starting to take its toll on hospitals, it has been confirmed non-urgent care will once again be ...
Brussels Airport warns autumn holidaymakers to arrive early
Passengers leaving from Brussels Airport this autumn have been advised to factor in extra time to account for longer than normal check-in times and ...
27,000 Belgian taxpayers to pay more after incorrect tax break
About 27,000 taxpayers who wrongly received a tax reduction in the last three years due to an error by the tax administration will have to pay what ...
Wallonia launches first major survey for cyclist satisfaction
Following in the footsteps of France and Flanders, the Wallonia Region of Belgium is launching its first major satisfaction survey on municipal ...
After 5 rescues in 2 days, hundreds of migrants take shelter in Italy
After five rescues in less than two days, almost 400 migrants aboard the Geo Barents search and rescue ship in the Central Mediterranean, operated by ...
Belgian wind farm closed down to save migrants floating in sea
A wind farm near Zeebrugge had to be shut down on Wednesday morning as more than 25 migrants had been adrift in its vicinity off the Belgian coast ...
Cinemas will require Covid Safe Ticket from Friday
The Covid Safe Ticket (CST) will be required to attend cinemas across Belgium from Friday, which marks the start of the autumn holidays, the ...
Strong warnings issued ahead of climate change summit
New and updated climate commitments fall far short of what is needed to meet the goals of the Paris Agreement, leaving the world on track for a ...
Disastrous year for Belgian beekeepers
Belgian beekeepers have experienced a disastrous year, with honey production 50 to 60 percent lower than last year due to heavy rainfall during ...
New measures for schools considered as situation becomes ‘untenable’
Belgium's various education partners met on Wednesday to discuss additional measures to implement in schools as the coronavirus situation worsens in ...
Belgium in Brief: Back To Masks
I really hope you didn't throw out all your masks. You'll be needing them again. Now I do appreciate that this isn't a huge change for ...
Belgium a climate slowcoach as EU reveals emissions progress
The European Union is on track to pass its first big climate test, according to new figures published this week. But Belgium has been singled out for ...