What is happening in Brussels in the New Year?

There are plenty of events and festivities set to take place in Brussels in the first months of 2020. Credit: Brussels, Dance!/Facebook, Fabrice Debatty, Bright Brussels Festival of Light/Facebook.

Following in the footsteps of the festive season, the first few months of 2020 will see Brussels playing host to a wide array of events, festivals and cultural activities that will light up the city and entertain its residents.

Kicking off 2020 with the Jauzzaury festival, there will be something for everyone this new year in Brussels.

Setting Brussels’ new year in motion will be Jazzuary festival; a two-week-long period that will see three different jazz festivals take to the streets of Brussels for the best part of the month of January.

Brussels Jazz Festival will set the tone in Flagey, with performances from international stars and local musicians taking place from 1 to 18 January.

The River Jazz Festival, organised by Théâtre Marni, Jazz Station and Le Senghor, will kick off on 9 January and cut through cultures and genres to offer audiences the opportunity to hear from prestigious guests and wild ensembles, culminating in the River Jazz Night on 25 January.

Last but not least, the Djangofolllies jazz festival, which celebrates the legacy of Django Reinhardt and will be held in different locations across the city, is where tradition meets innovation. This festival, which runs from 14 to 25 January in Brussels, kicks off with a cross-generational performance by The Jazzy Strings group- a collaboration between three fathers and three sons. 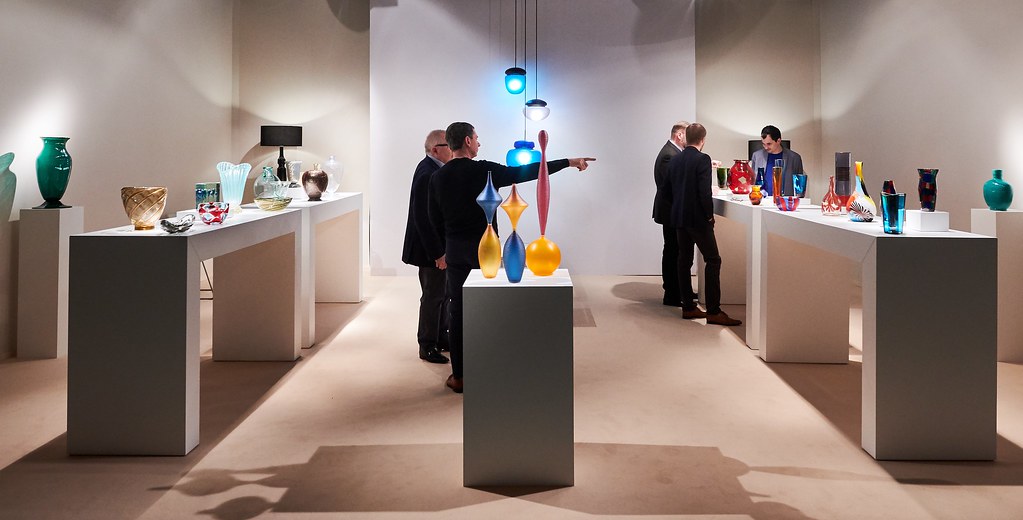 The 65th edition of Brussels Antique and Fine Arts Fair will return to the streets of the capital this January.

From 26 January to 2 February, thousands of people will fill tour and Taxis to view hundreds of exhibitions of a wide array of different artwork, including, but not limited to African art, watercolours, sculpture, impressionist painting, furniture, as well as modern and contemporary art.

This year, during the art show, there will also be a series of daily lectures by important figures from the art world, museum curators, art market experts and collectors, all of whom will share their knowledge with guests.

From 1 February to 4 April, 14 venues will come together and pool their resources to host Brussels, Dance! festival, which will see 130 contemporary dance shows take place in different locations across the city.

Aiming to raise awareness of the richness and diversity of dance, the 130 shows include around 60 talks.

A festival of lights, Bright Brussels Festival of Light takes participants towards the historic heart of the upper part of the city, crossing the Poelaert, Marolles, Sablon and Quartier Royal districts and going as far as the Porte de Hal.

Made up of around 14 different light installations, some of them interactive, Bright Brussels is a free event that offers participants the opportunity to be taken along a beautiful and artistic journey. It is open to all audiences from 6:30 PM to 11:00 PM for four evenings, from 13 to 16 February 2020.

Lasting around 1 hour and 15 minutes, there is also an option of following the installation trail via a guided tour.

A model, dressed in chocolate, walking on a catwalk during the Salon du Chocolat 2018 festival.

For its seventh edition, the Salon du Chocolat- the world’s largest event dedicated to tasty snack- will return to Brussels.

An unmissable event for chocolate lovers, the Salon du Chocolat will take place in sheds 3 and 4 in Tour and Taxis, from 14 to 16 February.

With over 100 chocolatiers participating, the event gives guests the opportunity to observe recipe demonstrations by famous chefs, to see fashion shows in which models don chocolate dresses, to visit an array of exhibitions and works made of chocolate and to attend pastry workshops for adults and children.

Anima, Brussels’ international animated film festival will take place from 21 February to 1 March in Flagey and at the Cinéma Palace, opening its doors with a showing of the magnificent feature film L’Extraordinaire Voyage by Marona by Anca Damian.

Back with screenings of both new short films as well as feature films, Festival Anima offers something for both the old and young, offering workshops for children, training courses for teenagers, concerts, conferences and much more.

The full program for the festival will be available as of 30 January 2020.

On 22 and 23 February, Brussels’ most popular comic strip festival, Comic Con, will take place at Tour and Taxis.

Every year, Comic Con welcomes in and around 10,000 visitors who attend the festival to marvel at the costumes of cosplayers, meet global stars and lose themselves in the midst of hundreds of specialised stands to do with comics, cosplay, gaming, movies, manga, series, collectables, clothing, toys, gadgets and much more.

Confirmed celebrity guests that will be in attendance are Sean Astin, Warwick Davis, Holly Marie Combs and Katie Leung.

Mayor wants to close two Brussels bars where alleged sexual assaults took place
Ixelles' Mayor Christos Doulkeridis (Ecolo) said that he’d like to close the two bars that employed a man accused of raping multiple patrons, ...
‘Untenable’: Mayor says situation at Brussels North station is out of control
The situation at Brussels North Station is no longer tenable, Schaerbeek's mayor Cécile Jodogne (Défi) says. Drug dealing, homelessness, ...
Suicide second-leading cause of death among European youth
Suicide is the number two killer among young people living in Europe, a recent Unicef report on the state of their mental health found. The ...
‘Too little, too late’: Brussels mayors criticise CST implementation
After a two week delay, the Covid Safe Ticket (CST) will become mandatory in several situations in Brussels from today (Friday). Some mayors blame a ...
Sciensano expert warns of rising Covid-19 cases this winter
The return of colder weather and the relaxing of health measures are giving rise to new Covid-19 contaminations and hospitalisations around Belgium, ...
Hospital food is making you sick, Belgian study shows
Eating hospital meals results in a measurable decline in health, according to a report from the Flemish television network VTM, which paints a ...
Belgium in Brief: Supply Issues
There are few things more jarring than walking into a store and finding that the shelves are empty, be that partially or otherwise. One thing ...
Stolen Magritte painting on display for first time in ten years
Surrealist painter René Magritte's work "Olympia", which made headlines across the world when it was stolen from a museum in Belgium in 2009, will be ...
Brussels airport pilots ’15 minute’ PCR test
Brussels Airport has announced that it will soon begin a trial of an ultra-fast PCR test able to detect Covid-19 in 15 minutes, a far faster ...
Over 1,000 demonstrators march in Brussels following sexual assault allegations
Around 1,300 people gathered in Ixelles on Thursday night to march against sexual violence, according to reporting from Bruzz. The march was ...
Covid Safe Ticket mandatory in Brussels, but no fines yet
The Brussels-Capital Region will expand the use of the Covid Safe Ticket (CST) from today (Friday), but it will take a few days before rule-breakers ...
Belgium hosts ‘farewell party’ for Merkel today
Angela Merkel will be in Belgium on Friday for an official visit as a symbolic "farewell" before leaving her position as German Chancellor after 16 ...