What is Brussels doing to mark Brexit?

At nightfall on Thursday, Grand Place will be lit up in the colours of the Union Jack. Credit: Wikimedia Commons.

At the stroke of midnight in Brussels on Friday (11:00 PM Big Ben time), 47 years of British EU membership will officially come to an end.

In the days before the clock strikes, and as U.K. MEPs pack up their offices, what is Brussels doing to mark the U.K.’s departure from the European Union? 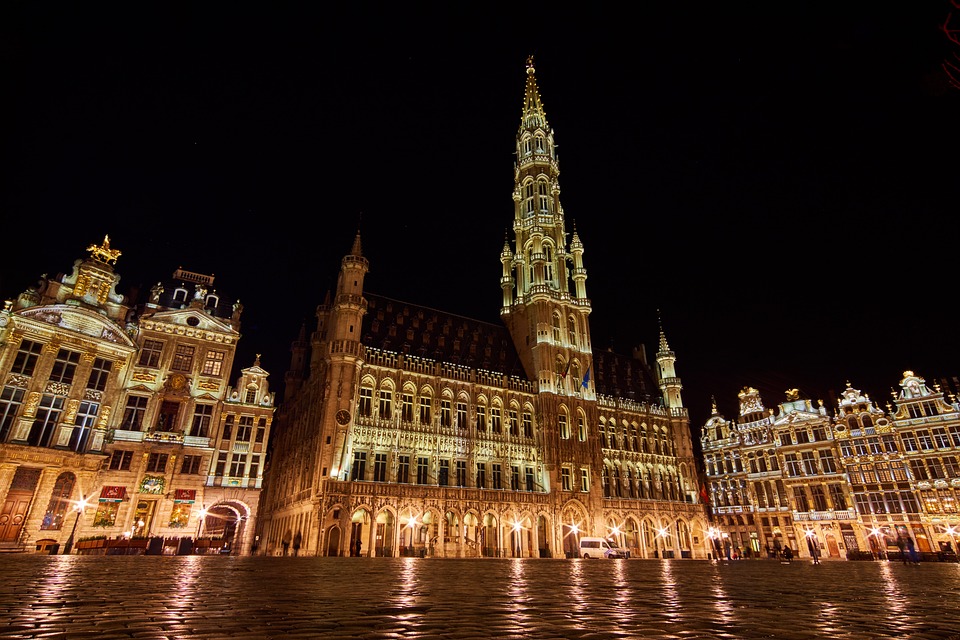 At nightfall on Thursday, Grand Place will be lit up in the colours of the Union Jack flag. Credit: Pixabay.

On Thursday 30 January from 4:00 PM to 9:00 PM, the City of Brussels will play host to a wide array of events and activities at Grand Place in a gesture confirming that the capital of Europe will always be welcoming to all Brits.

Kicking off the start of the evening’s events, music acts such as the High Trees, the Celtic Seven, Fanfare Celtic Passion Pipe Band and Hitchhiker will fill the corners of Grand Place with the sound of traditional British music.

At 5:30 PM, a reception for U.K. citizens living in Brussels will be held at the Gothic Hall of Brussels City Hall. Invited by the Mayor of the City of Brussels, Philippe Close, and the board of Aldermen, the reception will take place “in honour of the long friendship between the citizens of Brussels and the United Kingdom,” according to an invitation sent to U.K. European Commission staff.

At the reception, both Brussels mayor Philippe Close and the Ambassador of the U.K. in Brussels, H.E. Martin Shearman, will deliver speeches, which will be followed by a buffet of Belgian and British specialities, the invitation explains.

On Thursday, the iconic Manneken-Pis will also dress for the occasion, donning the white trousers, tailcoat and tophat typical of John Bull, the national personification of the U.K. and England, that was given to the statue the year the U.K. entered the European Union.

Moreover, in a classicly British red phone box, visitors can film themselves and share a video, while being watched over by fictional U.K. detective character Sherlock Holmes and Dr Watson. In the courtyard of the City Hall, a London black taxi will provide the backdrop for selfie photographs.

Finally, at nightfall on Thursday, Grand Place will be lit up in the colours of the Union Jack flag.

At La Maison des Ailes on Thursday, UK Remain MEP’s will  “drown their sorrows in music and dance” the night before the UK leaves the European Union.

Hosted by MEP Ellie Chowns, the music and dance event will take place at La Maison on Rue Montoyerstraat from 7:00 PM to 10:30 PM.

In order not to “let Brexit sadness and negativity take away the best of us,” the event will involve a performance by the Brussels-based Scottish band The Hoggies, as well as a ceilidh- “a wonderful symbol for continued UK-EU friendship,” which will begin at 7:15 PM.

“We want to say an enormous thank you to our friends in Brussels, celebrate all we’ve done together, and pledge continued UK-EU friendship,” the Facebook page for the event explains.

Currently, over 100 people have expressed interest in attending the event.

On Thursday 30 January, Pro Europa- the Brussels hub for UK grassroots networks campaigning for close ties between the United Kingdom and the European Union- will mark the UK’s departure from the EU with a commemoration event and tree dedication ceremony.

Outside the European Parliament at 1:00 PM on Thursday, Pro Europa will give a young British oak tree to Place du Luxembourg. The tree is intended to act as “a symbol of the UK’s enduring bonds with its EU partners,” the event explains.

The ceremony will involve music and speeches from Sir Graham Watson (former leader of a major political group in the European Parliament, the Alliance of Liberals and Democrats for Europe, currently Renew Europe) and Terry Reintke, MEP (Initiator of the UK-EU friendship group).

From 7:30 PM to 10:00 PM on Friday 31 January- the day that the UK leaves the EU- Smart Video studios will play host to a BrexitParty at La Vallée in Molenbeek.

To give “our British friends a proper farewell,” the event will involve free gin, a Brexit quiz, sing-songs, as well as a brief explanation of “what the hell happened, why and how.”

The event takes the form of an online and interactive live show to talk about the UK’s withdrawal from the EU “with a little bit of irony,” as one comment on the Facebook event explains. It will be live-streamed on Facebook at around 7:30 PM.

Due to the limited capacity of the studio, tickets, which can be purchased on Eventbrite, are required.